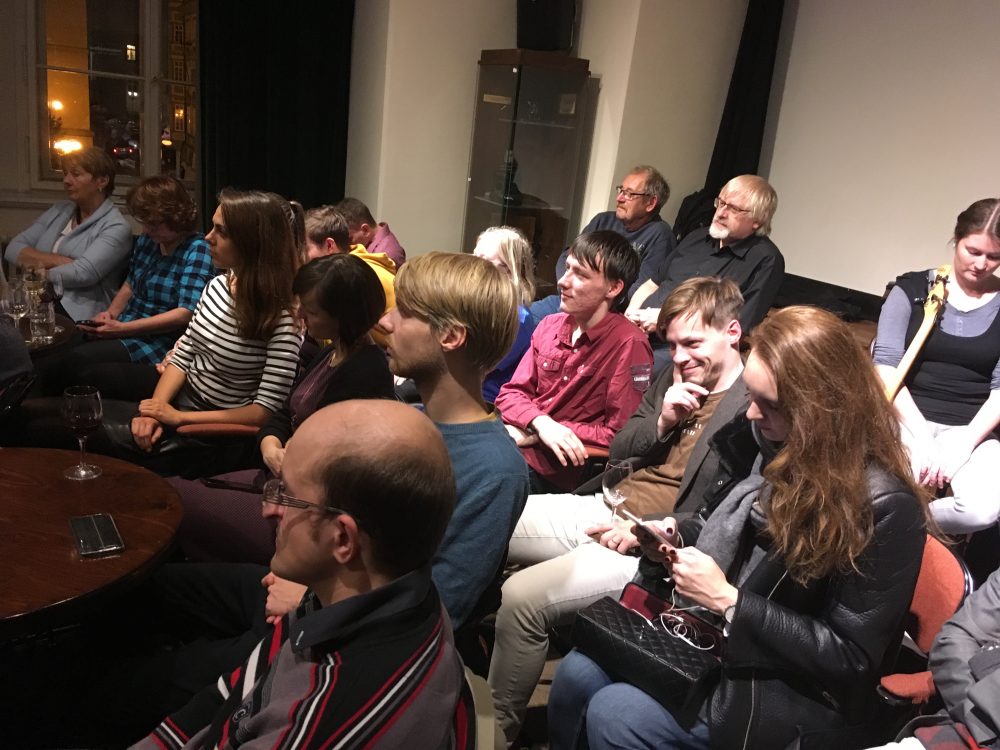 A Disprepancy which must make Karl Marx spinning in his grave

The twenty-first debate of Beseda v Besedě cycle. Name: Elections in the Czech Republic: what have they given us and what have they taken from us? Guests: Petr Honzejk, Denisa Hejlová, and Aleš Kudrnáč.  Place and time: Malostranská beseda in Prague, Monday October 24, 2017. Host: Veronika Sedláčková. The debate was accompanied by music by Adams Emily (Emily Bauerová a Martin Adamovský).

On the question what the elections have taken from us, the commentator of Hospodářské noviny Petr Honzejk said: “Hope and the end of the right-left division. And the chance to predict, how the election will happen, as 42% of people decided at the last moment.  A political scientist from the Institute of Sociology of the Academy of Sciences of the Czech Republic Aleš Kudrnáč agreed with him. Surveys are misinterpreted as they reflect the current mood of the population, not the mood for a week. At the same time, he added that the ANO movement has succeeded in gaining voters across different groups because they are not ideologically defined, which they know well and avoid it. At the same time, they managed to “brilliant thing” to usurp all credit to the government and at the same time keep their anti-establishment image.

Why is Andrej Babiš’s support so strong even though he is prosecuted? According to Denisa Hejlová, this is related to the atmosphere in the society, where trust in politicians, the media etc. has fallen in the long run. People don´t know who to trust. Politicians are at the lowest position of the credibility charts. They all agreed that the traditional parties have failed as were not able to keep up with current trends. The debate ended in a bit sad mood as the different issues were discussed we are not sure what can happen as the possibilities of the ANO movement are huge and it is possible it will cooperate with extremist movements, which could cause unseen damage.