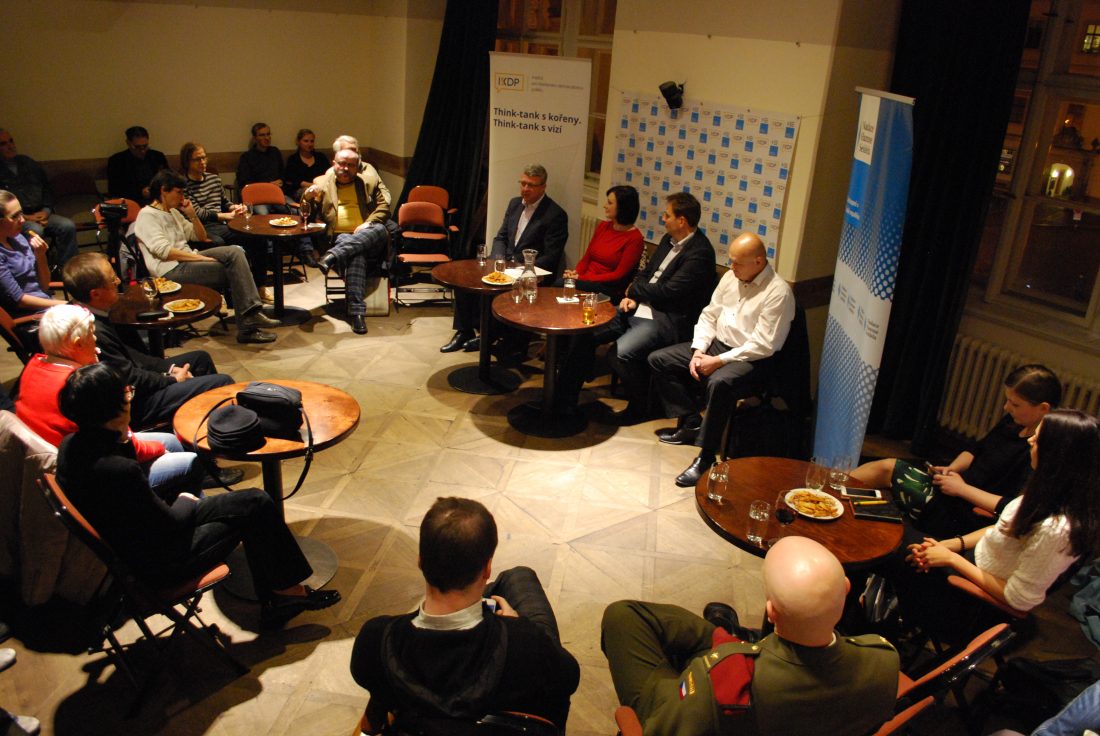 The twenty-second debate of the Beseda v Besedě cycle. Topic: Will we ever by the euro? Guests: Oldřich Dědek, Luboš Vainert a Karel Havlíček.  Place and time: Malostranská beseda, Prague, October 9, 2017. The debate was accompanied by music by Adams Emily (Emily Bauerová a Martin Adamovský).

The debate began with a question of moderator, whether the Czech Republic will ever pay by the euro. All guests answered that in the near future we will not. Also Dědek said that the Czech Republic has committed itself to the introduction of the euro in the access documents. We don´t have a negotiated exception as the Great Britain or the Denmark. But the introduction of the euro is not tied to the deadline. The Czech Republic would already have met the Maastricht criteria for introducing the euro, but there is no will for this change.

Vainert said that due to the fact that the public is currently very anti-european, politicians will not push for the introduction of the euro. He also added that it is not absolutely necessary for the Czech Republic to be a member of the eurozone now and that it doesn´t make sense to go against the people.

Both, Dědek and Havlíček are clearly for the introduction of the euro, because of economic, political reasons. The Czech Republic, which is in the middle of Europe and wants to have meaning in the Union, should be a member of the monetary union.

According to Havlíček, another reason for introducing the euro is the exchange rate risk that makes it harder for business, given that the Czech economy is heavily pro-export but politicians think short-term, they want to be elected, so they will agree with the mood in society.