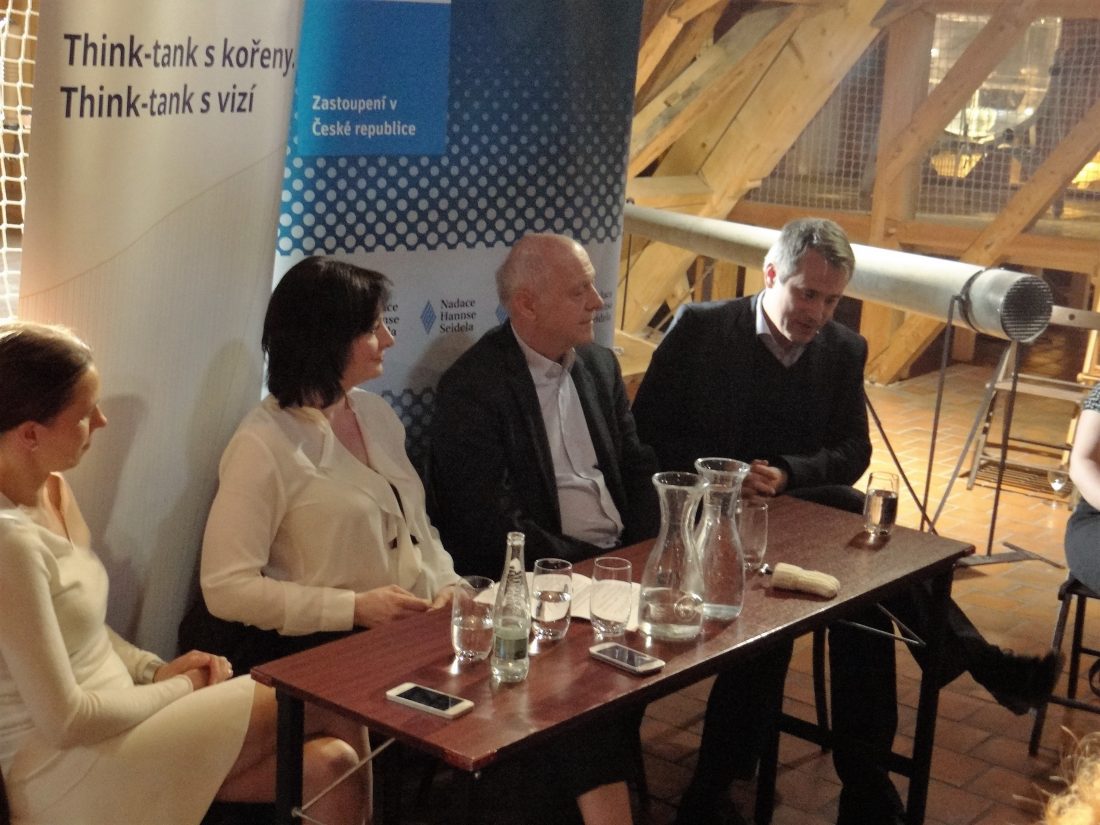 I will do what I came for doing

The topic of the night were French election and effects it will likely have on France. Journalist Lenka Zlámalová was rather sceptical when talking about new French president Emmanuel Macron. She thinks he wants to woo away people from other parties she also criticizes that he presented himself as an anti-establishment candidate but he has “the most establishment CV possible.” Lukáš Macek, a political scientics from Paris Institute of Political Studies, disagrees with Mrs. Zlámalová opinions. He says that Mr. Macron is againt political and parties´ establishment, not establishment in general. At the same time he disagrees with wooing other party membres away. “When you woo away three people from a party you can call it wooing away, but when a party dissolves due to internal problems, it is not the case.

When asked whether there is a parallel between Mr. Macron and Mr. Babiš, Czech former minister for finances, political scientist Jacques Rupnik says that not as he find them to be “two actors of different kind”. Mr. babiš is according to him an example of business populist, on the other hand Mr Macron is a representative of French academic elite who could do anything he wanted to but chose politics.