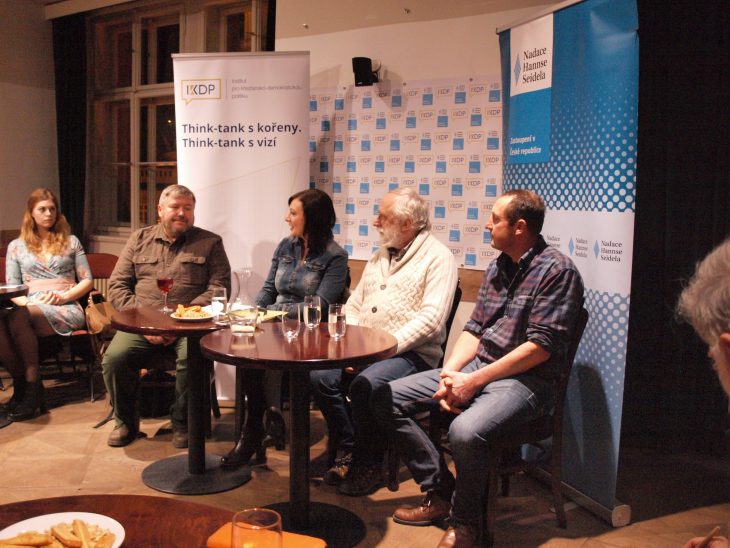 The law on Czech National parks which passed the chamber of deputies passed a few days before is a maximum we managed to agree on says Pavel Kindlmann from Faculty of Science of Charles University. He would welcome even stricter norm on nature´s protection; however, he does not think it would be universally acceptable. Michael Pondělíček from the College of Regional Development finds the discussion on the law too political. „It is a hocus-pocus, it is a political issue. “

Zbyněk Klose, a mayor of Kubova Huť, a village in Šumava, disagrees with the commonly heard argument that areas in national parks where human activity should be prohibited can put a national park in danger due to bark beetles that caused severe damage in the past. From his experience, it is possible to fight bark beetles off without clearing the infected area from trees. One of possible ways is to use so called catcher trees which beguile the beetles into leaving the infected trees.

Zbyněk Klose also adds that he does not consider nature´s protection to be a battle fields where ecologists fight developers as he does not find developers evil in general. “It is the same in all professions, there are not bad profession but people with good or bad intentions.” Pavel Kindlman says that he perceives the discussion to be more about ecologist versus land speculators who came after 1989 and bought land in Šumava. Michael Pondělíček adds that the speculators made the price of the land so high it is inaccessible for young people whose presence is the main precondition for sustainable development of any region.

When asked whether National Park Šumava needs a special law, both Michael Pondělíček and Zbyněk Klose disagree as they perceive it needless increase in legislation.

After a few other questions from the audience Veronika Sedláčková closes the debate. That was the 11th Beseda v Besedě organized by Institute for Christian Democratic Politics and Hanns Seidel Stiftung. Throughout the entire evening guests and visitors enjoyed the music by Adams Emily (Emilie Bauerová and Martin Adamovský).