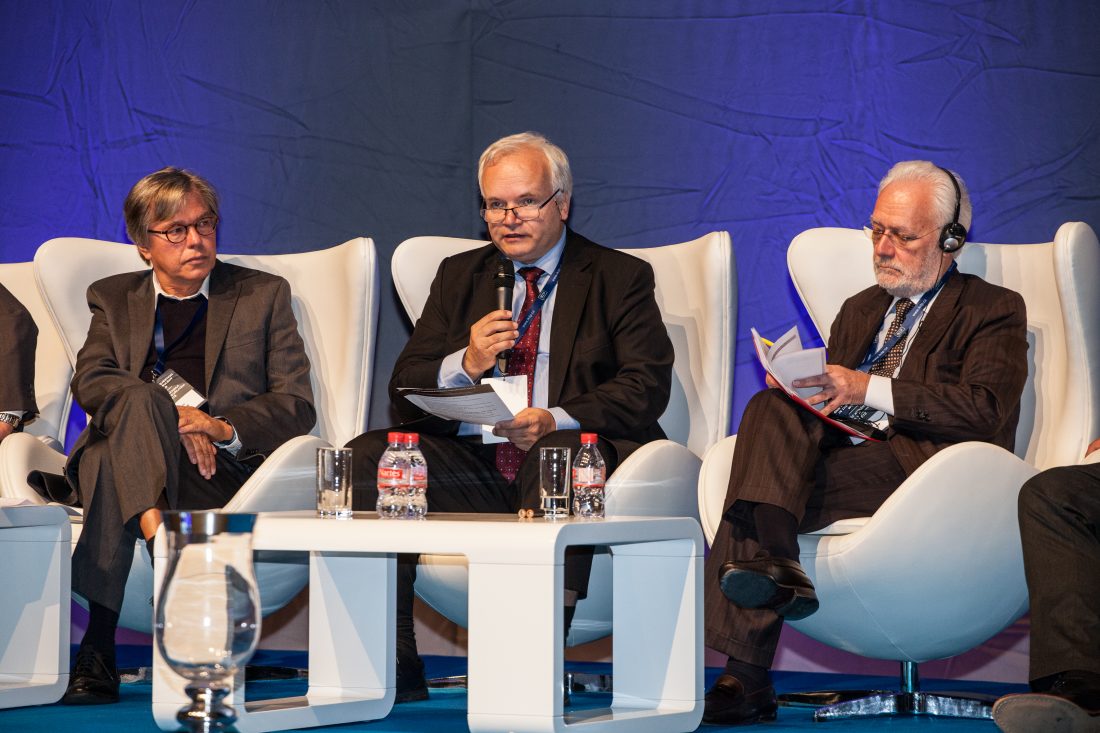 Our Cuban Question in the Turbulent World

On September 21, 2017 the Wilfried Martens Centre for European Studies, Global Panel Foundation, Prague Society for International Cooperation, International Platform for Human Rights in Cuba, Vaclav Havel Programme for Human Right and Diplomacy, and Institute for Christian Democratic Politics carried out a conference on Cuba. The aim of the conference was to stimulate the debate about current Cuba as a new agreement between Cuba and the Eu was negotiated at the time we proposed the project.

Jan Šmídek, director of the IKDP, opened the conference by welcoming all the speakers and audience and thanking the parties involved in the project for their cooperation. Then there was a short opening speech by Pavel Bělobrádek, Deputy Prime Minister of the Czech Republic, Margherita Movarelli, Project Officer at Wilfried Martens Centre for European Studies, Marc Ellenbogen, President of Prague Society for International Cooperation, Martin Palous, President of International Platform for Human Rights in Cuban.

After his speech, Mr. Palouš invited the speakers for the first panel to the podium. The first panel was on the new agreement between Cuba and the EU. Each speaker presented his opening remarks. There was Aldo Dell´Ariccia (EEAS), who presented the view of the EEAS on the agreement, then Pavel Svoboda (MEP, EPP) who presented the view of the EPP on that, Libor Rouček (former MEP, S&D), who presented S&D point of view and Pedro Fuentes-Cid who spoke for Cuban dissent. As the three speakers representing the EU were rather optimistic about the agreement, it was obvious that Mr. Fuentes-Cid has a different point of view as he pointed out that nothing had changed since the agreement was signed. The other, on the other hand, encouraged him to be patient before we see some results.

The second panel concerned Cuba in the international environment. It was chaired by David Kramer from Florida International University who is also involved in Václav Havel Programme for Human Rights and Diplomacy. In this panel were also representatives of various sites, we had Dan Maffei from Federal Maritime Commission, Gonzalo Koncke (OAS), Rosa Maria Paya (Cuba Decide), and Šimon Pánek (People in Needs). Mrs. Paya called for loud condemnation of human rights violation in Cuba. Šimon Pánek agreed with her saying that the situation on Cuba is stressful for Cubans as the pressure from the regime eased but it is getting worse again.

Mr. Koncke stressed that the situation in Cuba and its regime actions are important not only for Cubans but for the stability in the whole region and said that without Cuba Maduro´s regime in Venezuela would not survived. Mr. Maffei said that the way the USA treat Cuba probably will not change with Donald Trump, but the key to the issue is to find the way how to help Cubans without strengthening Cuban government.

The last panel focus on economic part of the issue. The panel chaired Marc Ellenbogen. Former US ambassador to Finland Charles Adams stressed how important is to get money to the people, not the government, for example by investments in small interpreters. He gave an example of Airbnb which throughout past four years brought roughly 40 million dollars to Cubans. Zdeněk Tůma, former governor of Czech National Bank, said that market economy cannot work without functioning institutions and judiciary, therefore, there must be some changes before Cuba can switch from centrally planned economy, which, according to Mr. Sarda from Cuban Political and Social Studies Centre is not in a good shape, it is very underdeveloped and the fact it lacks (almost lacks) private entrepreneurship is bad. The opinion of the Cuban on the panel was as always the most negative one. As Mr. Bacardi said, Cuban economy is not any close to a transition. He agrees with others that private entrepreneurship is essential but there are not good conditions for that and troublesome is also the excessive bureaucracy.

The conference was closed by MP Ondřej Benešík, chairman of Committee on European Affairs in the Czech Parliament. At the end of the conference, Mr. Palouš with his colleague from Post Bellum Marie Janoušková presented Post Bellum project – Memory of Nations where people from Cuba talked about their experience with the regime.