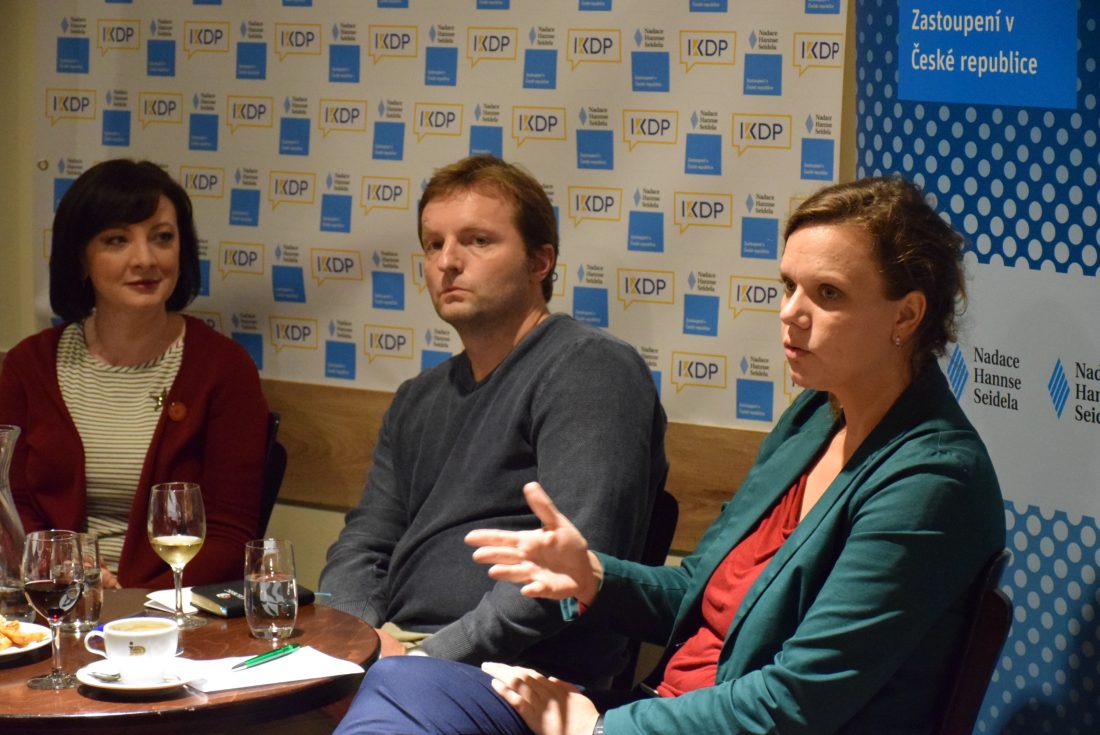 The resulf ot AfD is not surprising

Then Mrs. Veronika Sedláčková started the debate asking about the guests’ view on the election results. All guests agreed on the fact that they were not surprised by the results of the AfD as the polls had suggested something like that. Journalist Bára Procházková said she finds surprising that AfD was really the third party. And also surprised that SPD had so little votes even though Martin Schulz is a fighter and kept campaigning. It was in contrast with the previous election, when the SPD leader had publicly quitted the campaign a week before the election following some poor poll outcomes.

On the other hand, Martin Svárovský from Ministry for Foreign Affairs said he was pleasantly surprised by a good results of FDP which got 6 % more of voter than in the previous election. For Miroslav Kunštát none of it was a surprise for him. As he said the only think he was surprised how accurate the polls were.

When talking about AfD Mr. Kunštát said we can already see disintegration of the party, as its party chair announced she would not join the party´s parliamentary club and ask her colleague to do the same. On the other hand, he thinks that fact will not bother their voters that much as they vote for AfD in protest.

Mr. Svárovský sees the support for AfD in underestimating of the social aspect. As Germany, even though it has been doing great economically in a past few years, in some regions the situation is not good. Therefore, Angela Merkel should keep in mind two things. Not only fighting against national and xenophobia, but also focus on economical and regional politics of the state. On the other hand, as someone who is working on foreign policy of the Czech Republic, he is glad that most of the dissatisfied voters voted for AfD, which is commonly understood as anti-system party and other parties had claimed they would not cooperate with it, rather than for Die Linke. A coalition of SPD and Die Linke would not be good for the Czech Republic.