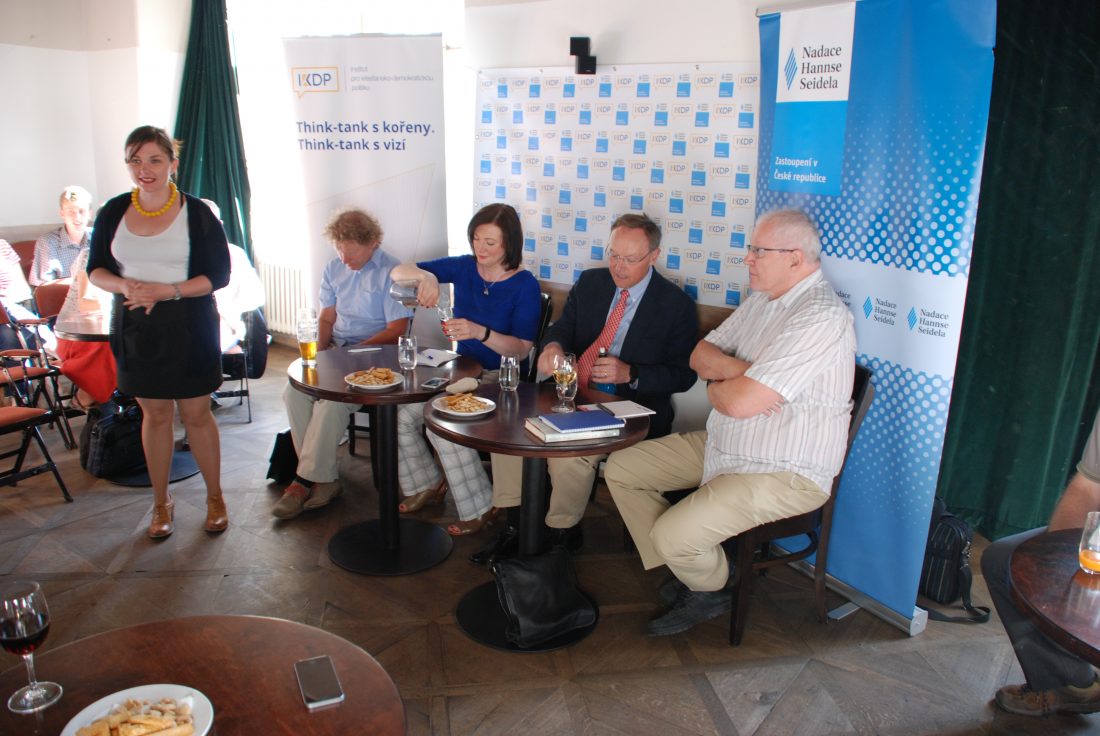 The USA will survive through Trump presidency

Host Veronika Sedláčková started the debate with the question of impact of Donald Trump on current USA. Milos Calda, an americanist from Faculty of Social science of Charles University in Prague, said he finds it less negative. Trumps administrative is not settled yet which is way is sends mixed signals. He talked about an example of the ban to enter the country for people from six mostly Muslim countries. The fact that the courts revoked the bans according to Mr. Calda means that the checks and balances of American system still work. On the other hand, Igor Lukes, professor of Boston University, is more critical. He strongly disagrees with people Mr. Trump surrounded himself with. Even though Mr. Bannon has been already removed from president´s inner circle, there are still people who are not good for the country.

As Mr. Calda thinks that Donald Trump did not get his first 100 days without media judging every move he makes, Daniel Anýž, a journalist of Hospodarské noviny, argues against as he says that not Obama, nor Bush jr. get them neither. Throughout the entire debate, it was obvious that Mr. Calda was more moderate when judging Mr. Trump´s action in comparison with other guests, which made the debate lively. However, they all agreed that the new president made American civil society more active.