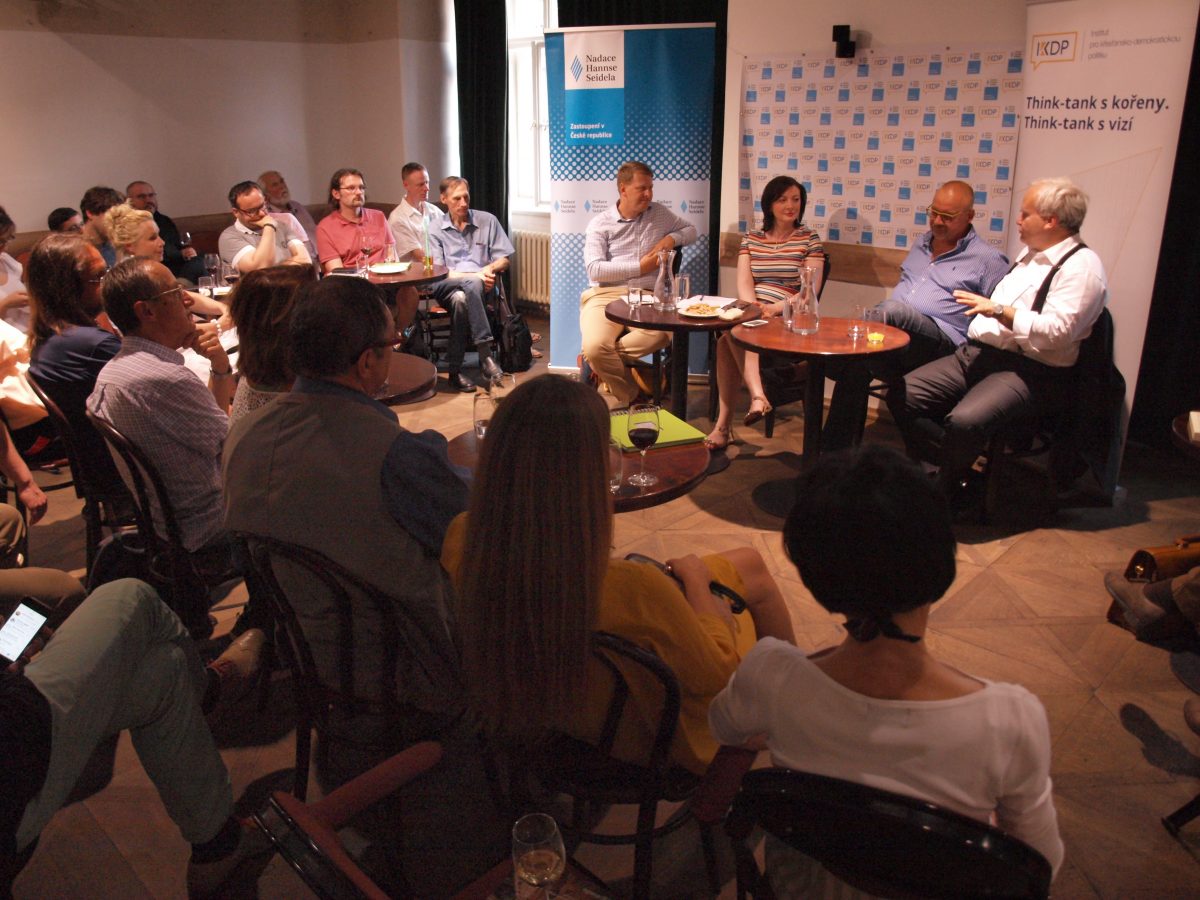 We need a brutal reform of education system

The seventeenth debate of the Beseda v Besedě debate cycle. The topic of the evening was a robotization. Guests: Pavel Svoboda, Michael Šebek, and Tomáš Prouza. The host of the evening was as usual Veronika Sedláčková. The debate was accompanied by smooth jazz by Adams Emily Duo (Jan Techl, Martin Adamovský).

At the beginning, Veronika Sedláčková asks what shall we expect when talking about robotization. MEP Pavel Svoboda finds robotization inherent in current technical developments, he expects it to change our life style and the labour market structure. However, he thinks it will not take place within a period of next five years.

Economist Tomáš Prouza illustrates how modernization advances using the example of the way we spend our leisure time. “I understand what my kids do now, but in 10 years time I will probably not.” In the future, it will be essential for us to be flexible. In 10 years we will be doing things we have no idea how to do now, Tomas Prouza adds. Michael Šebek, the expert in robotics from Czech Technical University in Prague, agrees: “The progress accelerates. The times when a man had one job his whole life are gone.”

When talking about digitalisation, the progress has certainly advanced says MEP Pavel Svoboda. “The fact that lawyers all around the world are becoming actively interested in this issue means that it is really something (important). Lawyers always lag behind.” First legislative frameworks occur. The European Union institution is also involved. “There is a common market, we need to lay down the basis.” It would enable us, for example, to cross borders with autonomous vehicles. That is why the EU cooperates with large car makers. We all need to cooperate to remain at the forefront.

Tomas Prouza thinks that we need a brutal reform of education system to be able to keep up with the progress. At the same time, he is rather skeptical about it considering how often Czech ministers for education are being replaced.

After a series of question, Veronika Sedláčková closes the debate. This was the last debate before a summer break. We look forward to see you again in Malostranská beseda in September.