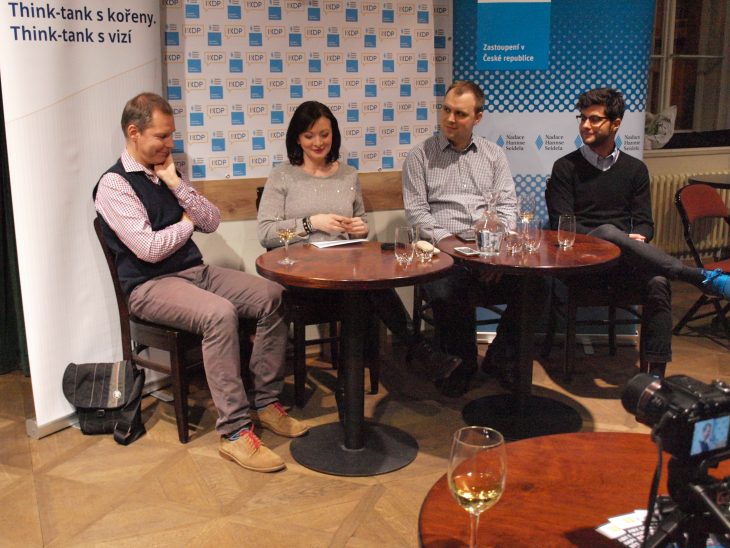 We should not depend on the Holy Grail of V4

Recently in Economist we can see articles saying that the West perceives Visegrad Four countries as one player says director of Institute of International Relations. If we want to change that, we have to start with migrant crisis as this issue is the one which made them see V4 this way research director of Association for International Affairs Vít Dostál adds. We have to change our approach nods in agreement Tomáš Brolík from Respekt magazine.

Can the fact that the West sees us as one man when dealing with migrant crisis as well as when talking about democratic deficit lead to a real decline in democracy in the Czech Republic? „It depends on us,“ says Vít Dostál. If that happened we would confirm to the West that its simplified perception of V4 is actually corresponding.

Tomáš Brolík adds that i tis hard to predict what will happen. Escalation of problems can be pretty quick and mentions an example of constitutional court which can be paralyzed easily. And it is quite dangerous in a situation when it is not clear what one of the strongest parties on Czech political scene thinks about it.

What did we gain from V4 cooperation? We were successful while coordinating common position during EU accession negotiations and when we supported Eastern Partnership. However, there is nothing similar today, Petr Kratochvíl says. We should think about in selected areas only where we have common interest, but „we should not depend on the Holy Grail of V4.”

When asked whose voice is the heard the most from V4 members, Petr Kratochvíl says that even though Mr. Orbán was perceived as an outsider due to his political steps, since Polish parliamentary 2015 election, r. Kaczynski´s and Mr. Orbán´s opinions are perceived as those of the whole V4.

That was another Beseda v Besedě organized by Institut for Christian Democratic Politics and Hanns Seidel Stiftung.